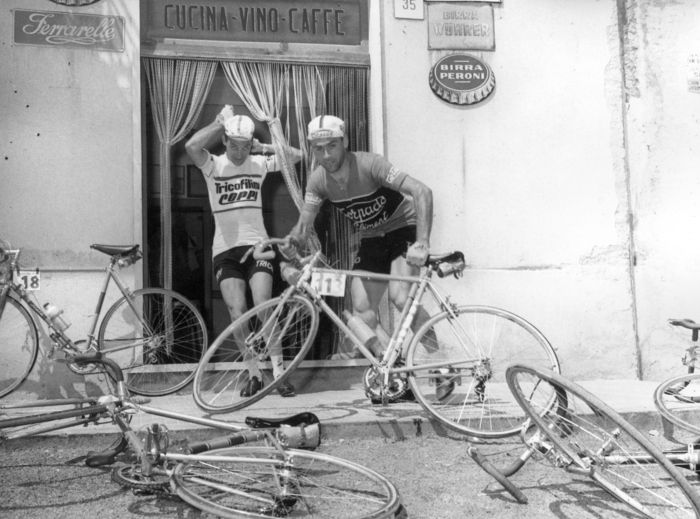 The proper way to go on a bike ride. A stop for Food Wine And Coffee––Cucina Vino Caffe–– fuel for the road. 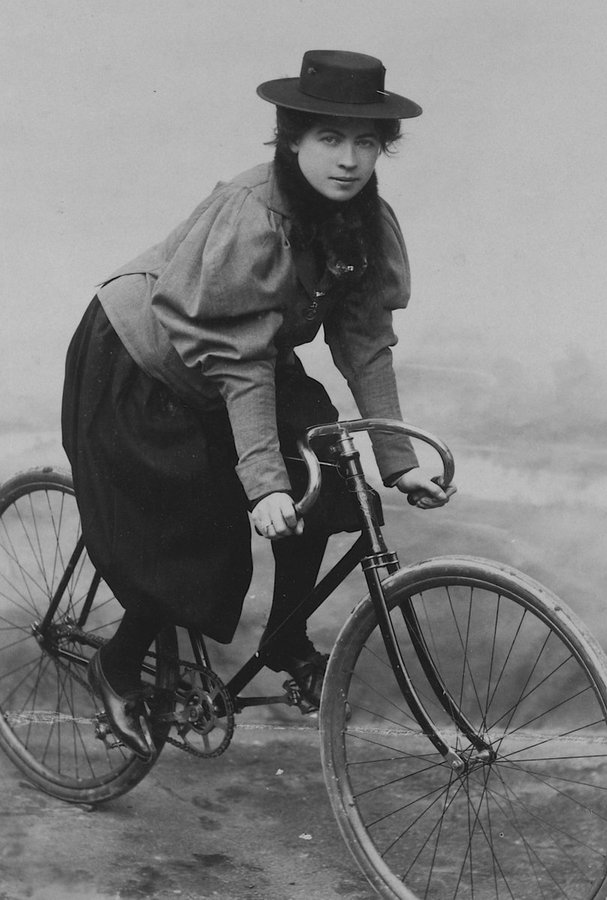 French Racing Cyclist Marie Tual Wearing Bloomers on a Racing Bike in 1896 or in 1897.

Many of these cycling pioneers adopted an updated version of the old “bloomer” outfit which allowed for more freedom of movement — and less risk of their clothes becoming caught up in the chain or wheels.

“If women ride the bicycle or climb mountains, they should don a costume which will permit them the use of their legs,” Suffragist Susan B. Anthony has been quoted as saying. “My one word about the ‘bloomers’ or any other sort of dress, is that every woman, like every man, should be permitted to wear exactly what she chooses.” 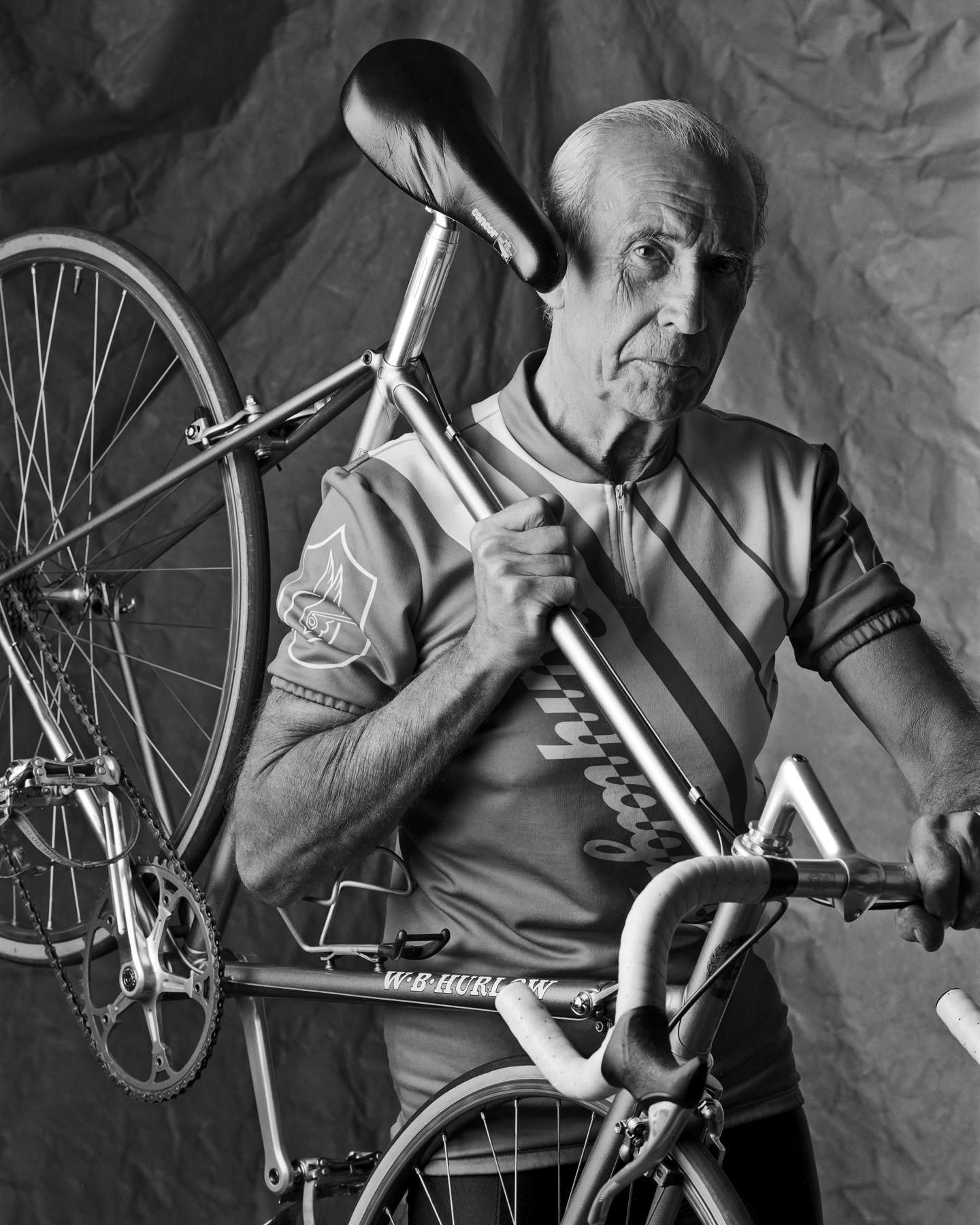 Hilary Stone adds: “He worked for some of the best known British builders including Grubb and Claud Butler. His best known work was however done for Condors and Mal Rees.” » Read more